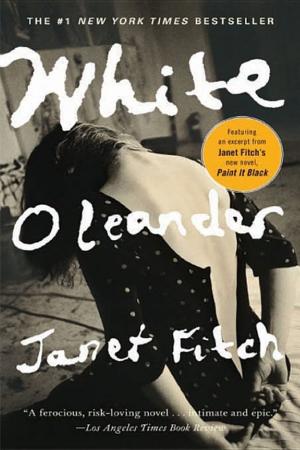 Oprah Book Club® Selection, May 1999: Astrid Magnussen, the teenage narrator of Janet Fitch\'s engrossing first novel, White Oleander, has a mother who is as sharp as a new knife. An uncompromising poet, Ingrid despises weakness and self-pity, telling her daughter that they are descendants of Vikings, savages who fought fiercely to survive. And when one of Ingrid\'s boyfriends abandons her, she illustrates her point, killing the man with the poison of oleander flowers. This leads to a life sentence in prison, leaving Astrid to teach herself the art of survival in a string of Los Angeles foster homes.

As Astrid bumps from trailer park to tract house to Hollywood bungalow, White Oleander uncoils her existential anxieties. "Who was I, really?" she asks. "I was the sole occupant of my mother\'s totalitarian state, my own personal history rewritten to fit the story she was telling that day. There were so many missing pieces." Fitch adroitly leads Astrid down a path of sorting out her past and identity. In the process, this girl develops a wire-tight inner strength, gains her mother\'s white-blonde beauty, and achieves some measure of control over their relationship. Even from prison, Ingrid tries to mold her daughter. Foiling her, Astrid learns about tenderness from one foster mother and how to stand up for herself from another. Like the weather in Los Angeles--the winds of the Santa Anas, the scorching heat--Astrid\'s teenage life is intense. Fitch\'s novel deftly displays that, and also makes Astrid\'s life meaningful. --Katherine Anderson

Books in Epiphany by Janet Fitch